A sequel to a Woody Allen film? It’s never been done, but does that mean it’s truly impossible?
(From April 2017)

A sequel to a Woody Allen film? It’s never been done, but does that mean it’s truly impossible? The SequelQuest crew was so enchanted by the magic of Midnight in Paris, we decided to revisit the world of Owen Wilson’s Gil Pender and imagine which era his time traveling adventures could take him to next.

Join Adam, Jeff, Jeramy and returning guest host, Judy as they pitch whimsical tales of bygone eras. One story may have won out in the end, but the possibilities were all exciting, if not a little bit neurotic. So join us for this engaging discussion of a controversial auteur and the continuation of an Academy Award winning world he created that made us think about the true impact of nostalgia. 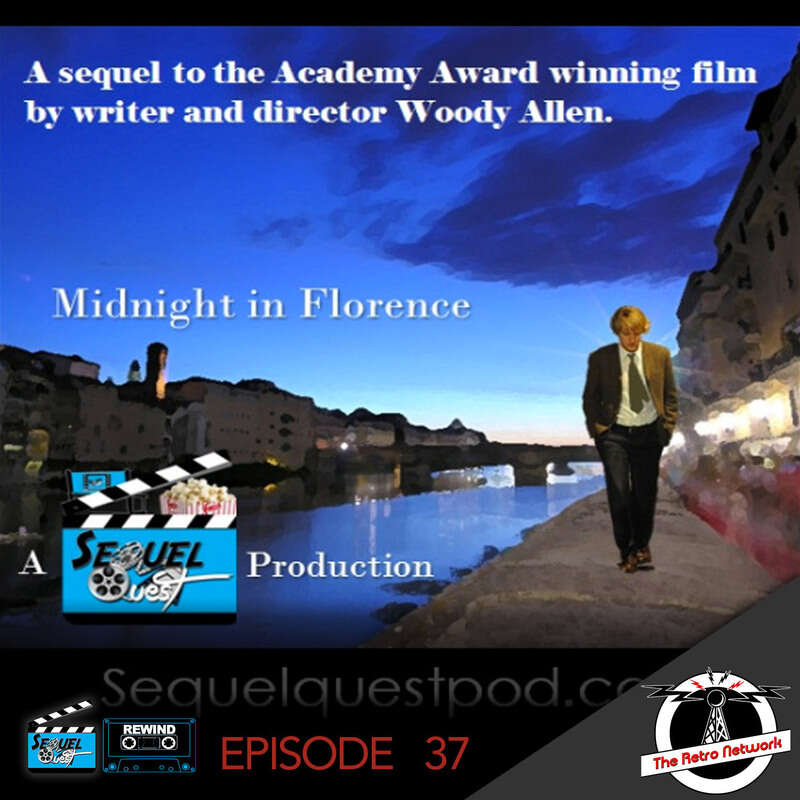