WOW! Revisiting this one recorded pre-SD ComicCon 2017 (SDCC was held July 20–23, 2017) and holy wow Batman we seem to have a follower/listener who has the ear of Marvel Studios 👀

***
Comic Con International is the media event of the year now that super heroes save Hollywood on a regular basis. Fans come from all over to see the stars of upcoming films, while walking the aisles of the tightly packed convention center in colorful costumes. The SequelQuest crew isn’t much for crowds, so we decided to celebrate Comic Con 2017 from behind our microphones and get our geek on, podcast style!

In this Comic Con Special join Jeff, Jeramy, Adam and special guest Kurt, who is a professional cosplayer portraying many famous characters at theme parks like Disneyland and Universal Studios, let their geek flags fly. Things get nerdy as the hosts talk about their secret origins as comic book fans and their favorite all time titles from Marvel, DC and indie comics publishers, as well as rating their favorite comic book movies.

The main event in Hall SQ (we couldn’t get into Hall H), is a round robin tournament of pitches for untapped comic book properties that have yet to be turned into major Hollywood productions, but deserve the big budget treatment. Will we choose one of your favorites? Listen now and find out!

All rights to the individual Intellectual Properties discussed on SequelQuest are under the ownership of their respective current owners, no copyright infringement is intended. 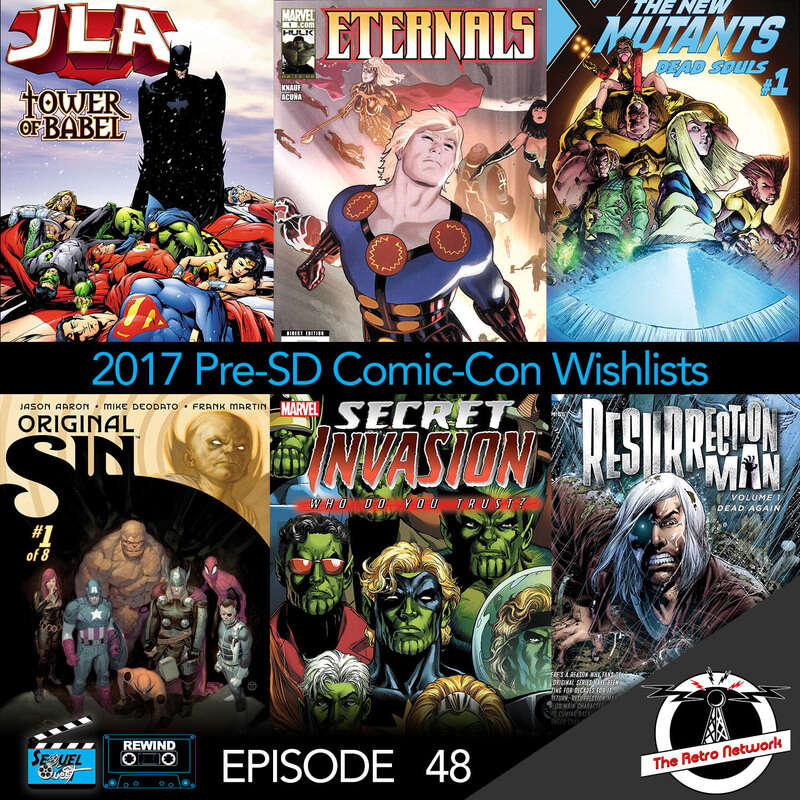